Home Is a Solar Cell and a Photovoltaic Cell the Same?

Is a Solar Cell and a Photovoltaic Cell the Same?

When it comes to solar technology, there are two terms used almost interchangeably. Solar cell and photovoltaic cells. Do these two words refer to the same thing? Let us find out.

A photovoltaic cell contains layers of semiconductors that convert the sun’s light into electric energy. The conversion process is known as the solar voltaic effect. A solar cell absorbs the sunlight and converts it into heat. Thus, a solar cell is a photovoltaic cell.

Several photovoltaic cells work together in a solar panel to ensure that it absorbs as much sun as is available and convert it into electricity effectively and efficiently.

What Is A Photovoltaic Cell?

It is an electrical component that converts solar energy to electrical energy. It is commonly used in the manufacture of solar panels. It is also called a solar cell.

It looks like a sandwich as it is composed of several layers of materials. Each material in the cells has its function. Together, the materials allow for the efficient conversion of sunlight into electricity.

How does a photovoltaic cell function?

A photovoltaic cell functions effectively in an electric field brought about by exposure to the sun.

The top layer is negatively charged while the lower layer is positive. Once sunlight hits the cell, the negative layer electrons get charged then the positive layer also gets charged allowing for the movement of electricity.

A solar panel will have several cells within it. The charge in the cells is then harnessed and directed to the other components of the solar panels to produce safe and renewable electric power.

A unique feature of photovoltaic cells in electricity production is the lack of moving parts. Only the sunlight photons and the electrons in the cell move. It makes the PV cell efficient and cost-effective since it does not require regular maintenance. It also ensures that they last a long time.

Solar panels have a productive lifespan of 25 years thanks to photovoltaic cell technology.

The most common material for solar panel and photovoltaic cell manufacturing is silicon. It is a high-grade electricity conductor.

There are three major types of photovoltaic cells.

Made from monocrystalline silicon. It is an extremely pure form of silicon. It makes these cells labor-intensive to manufacture and expensive. However, they are superior electricity conductors.

These photovoltaic cells contain many small grains of crystals rather than a single one. It is cheaper to produce, hence it is the most commonly found cell in solar panels around the world.

It is a unique technology that utilizes thin layers of silicon onto a glass substrate. Thin-film photovoltaic cells are less efficient than crystalline cells. Their efficiency in electricity production also reduces drastically in the first few months of use. Therefore, they are not popular even with their low production costs.

Advantages and disadvantages of photovoltaic cell

How solar cells or photovoltaic cells are made

There are seven stages in the making of photovoltaic cells.

Purified silicon is achieved through the extraction of oxygen from silicon dioxide.

The extraction process involves placing the silicon dioxide in an electric arc furnace while applying a carbon arc. It results in molten silicon and carbon dioxide that is 99% pure.

The remaining 1% of impurities are removed by passing the silicon rods over a heated zone. This purification method is known as a floating technique.

It results in the impurities moving to one end of the rod. That end is then cut off, leaving pure silicon.

A seed crystal of silicon is placed in melted polycrystalline silicon. Rotating it in the melted silicon as it is being removed turns it into single crystal silicon.

The single-crystal silicon boule made from the preceding stage is cut into layers with a circular diamond saw. The layers can then be cut into squares and used for the making of solar panels. The thin layers of the silicon wafers ensure that the solar panel is not bulky and that it works efficiently.

In this stage, impurities are added to the silicon. Impurities can be added by adding boron while cutting the wafers. You can also use a particle acceleration method to add phosphorous into the silicon.

Electrical contacts connect solar cells in the solar panel. They also receive and transmit the current produced by the photovoltaic cells.

The electrical contacts are made from copper or palladium. They should be thin enough to let sunshine through the cell easily.

Silicon is shiny. Therefore, it can reflect much of the sun that hits it. Hence, the need for an anti-reflect coating.

Solar panels need to absorb as much light as they can. Silicon is a major component of solar cells. Thus, the anti-reflect coating ensures that it can absorb more light than it reflects away.

Cell encapsulation is done to protect the photovoltaic cell. It is encapsulated in silicon rubber and glass.

Solar panels consist of multiple photovoltaic cells. As a result, solar panels are also known as solar or PV panels.

The number of PV cells in a solar panel determines its size or wattage. The more PV cells in a panel the more power it can generate.

Usually, a single solar panel does not produce sufficient power for a household. Consequently, solar panels are sold in arrays to provide enough power to run a home. 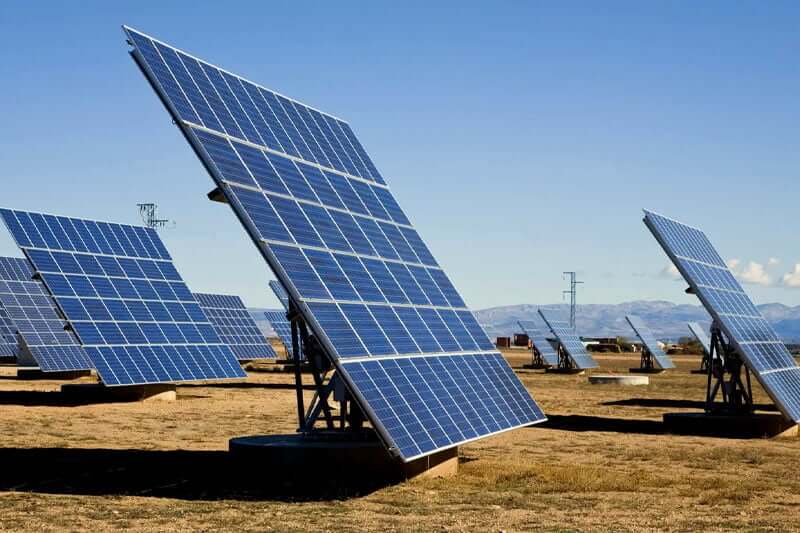 How do solar panels work?

Solar panels are usually installed on roofs. The roof enhances access to as much sunlight as possible.

The angle of solar panel installation determines how much sunlight will hit the panels throughout the day. Consequently, it determines the amount of electricity the solar panel system will produce.

Here is how the panels work:

With a solar panel system, you can have as much electricity as you need. You only have to install solar panels that will produce sufficient power for your home.

When installing solar panels, you must hire a professional to do it correctly.

Are you looking for a reliable solar technician?

Instead of going through all the hassle of looking for reliable solar technicians in your area, we can make the process easier for you.

Use this FREE service

Gosolarquaotes.com.au is a FREE Service that connects homeowners to solar installers easily. All you need to do is: 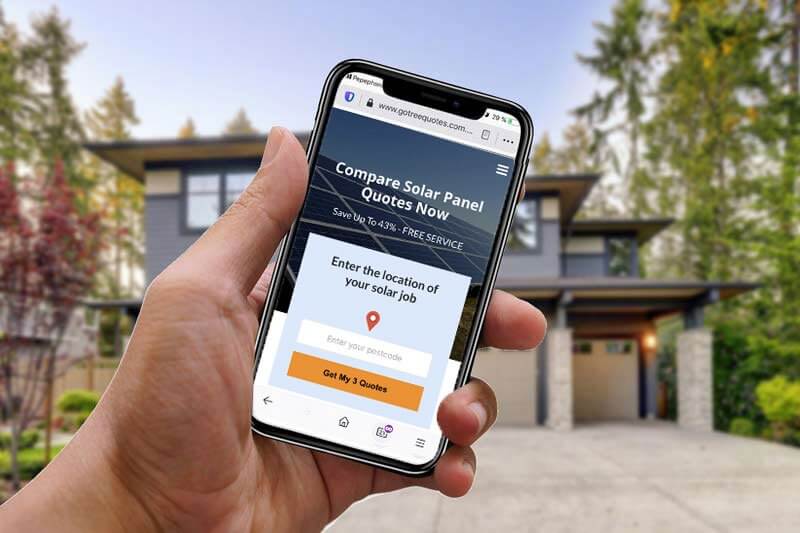 How efficient are solar panels?

Solar panels are only 15%-20% efficient. Solar panel efficiency refers to their ability to convert to electricity the sunlight that hits them.

Therefore, many installed solar panels only convert 15%-20% of the sunlight they receive to electricity.

To many, this is considered low efficiency. However, solar panel engineers are working to improve the efficiency of the solar panels of the future.

Factors that influence the efficiency of solar panels

Tilt and angle of installation determine how much sunlight reaches the solar panels. At the correct angles, solar panels will be more efficient.

Age of the solar panels

The older the solar panels on your home, the less efficient they are. Solar panels lose 20% of the efficiency of their photovoltaic cells in the first ten years. The remaining 80% is lost over the remaining 15 years of its lifespan.

Solar panels may accumulate dust and other items dumped by the wind on them. They will reduce the amount of light getting to the photovoltaic cells in the panel and its efficiency. Clean your solar panels annually to enhance their efficiency.

You can enhance the efficiency of your solar panels by storing the energy produced in batteries. Solar batteries provide the capacity to use solar without sunlight. 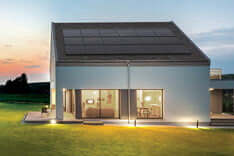 How Much Do Solar Panels Cost 2022 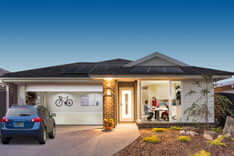 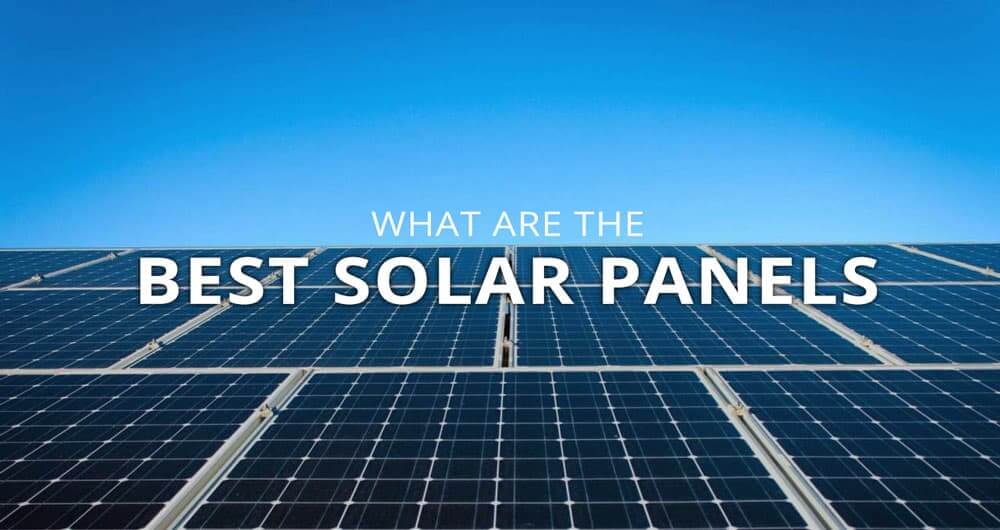