ET Solar is a Chinese Photovoltaic solar manufacturing company that was established in 2005. The company’s rapid growth rate has made it to be globally recognised as one of the best solar manufacturers in the industry. ET Solar has more than 3,000 employees and is vertically integrated to ensure high-quality solar modules. This company produces durable and reliable solar panels that are excellent for commercial and residential installations.

ET solar panels boast a high module efficiency of 21.3%, one of the best in the market. With such high efficiency, ET Solar can be ranked with top brands like LG, SunPower, REC Group, and CSUN.

ET solar panels come with a 12-year product warranty and a 25-30 year linear performance warranty. Besides, ET Solar is a Tier 1 company that has been around for over 15 years. This gives customers security and assurance that the company will still be in business throughout the panels’ lifetime.

This company is vertically integrated, which means it manufactures its own silicon ingots and uses them to make solar cells. This reduces supply disruptions that may affect the quality of the products.

ET solar panels are excellent for Australian conditions as they work perfectly throughout the year. The panels are salt and mist resistant, which makes them highly durable and reliable.

Both mono and poly cells produce energy from sunlight. They, however, have main differences as outlined below.

Monocrystalline solar panels are highly efficient and have an appealing look. They are usually considered a premium product due to their high efficiencies compared to poly cells.

Polycrystalline solar panels usually have a lower efficiency than mono cells, but they come at a lower installation cost, making them ideal for people looking for a cheaper option.

To create poly solar panels, many silicon fragments are melted to form silicon wafers. Since one cell contains many silicon crystals, the electrons do not get enough freedom to move around. Consequently, poly solar panels have lower power efficiency than mono cells. More so, polycrystalline panels have a blue hue because of the different silicon crystals.

PERC stands for Passivated Emitter and Rear Contact. This is a new cell technology that improves traditional mono and poly cells for high power output. PERC adds an extra dielectric passivation layer at the cells’ rear side to increase conversion efficiency.

The additional dielectric passivation layer lowers electron recombination that tends to block the free movement of electrons within the cell. This allows electrons to move freely and consistently, thereby producing more electric current.

Most bifacial solar panels are slim, resembling thin-film modules. They are also mostly frameless for optimal power production. Installing these panels is, however, complicated and costlier than regular solar panels.

Half-cell solar panels are an improvement of conventional solar panels. They contain double the number of solar cells. This means a typical 60 or 72 solar cell panel will have 120 or 144 solar cells. The cells are usually cut into two halves then joined together in series.

Half-cells have a lower resistance to power loss which ensures more energy production. Besides, these cells are excellent performers in shaded conditions as the cells can move around the shaded part and continue to produce optimum power.

ET standard Series is a top-quality and trustworthy product. The panels are highly efficient and durable, making them a perfect choice for homeowners on a budget.

The polycrystalline solar panels are designed by melting many silicon fragments that create the wafers. This makes these panels lower efficiency than mono panels because the electrons do not get the freedom to move freely within the cell.

On the other hand, Mono cells are designed with a single silicon ingot that makes them purer. Electrons get enough room to roam around, thus increasing electricity generation.

The standard series comes with an initial efficiency of 97%, which drops to 90% after the first 10 years. By the 25th year, the panels’ efficiency goes down to 80%. The slow degradation rate of these panels gives homeowners a good ROI by the time they expire.

These panels come with a 10-year product warranty and a linear performance warranty of 25 years. ET Solar stands behind its products and ensures its customers get excellent customer services.

Under optimal weather conditions, these panels can produce up to 305W with a module efficiency of 18.75%. With a positive power tolerance and a -0.42% temperature coefficient of Pmax, these panels perform excellently during hot weather.

A 6.6kW solar system will need 24 panels of the ET standard series. If you have enough roof space and want to save money, the poly series is a great option.

The ET Half-cell series is one of the top performers for the brand and the solar market. The panels have a high conversion efficiency and perform excellently under low light conditions.

The Half-cell series integrates both half-cell and PERC technology. The monocrystalline cells get an additional passivation layer on their backside. This layer enhances electron flow by reducing recombination and enhances the cells’ ability to trap light.

When the cells are halved and rewired together in series, the panels become more efficient. Half-cells have a lower resistive loss and are resistant to shading, making them perform at optimum when a section of the panel is shaded.

Half-cell series have a high initial power output of 97.50%. The panels have an annual degradation rate of 0.6% that maintains the high power output of the panels. After 10 years, these panels guarantee you an efficiency of 90%, which then drops to 83.10% by the 25th year.

ET offers a 12-year product warranty that covers materials and workmanship and a 25-year linear performance warranty. This is one of the best warranties in the market.

These panels have a peak power output of 550W under the right conditions. They perform well during hot climates, especially in summer, as they have a Pmax temperature coefficient of -0.340%.

The ET Bifacial Series is another high performer of the ET brand. These panels have a high power output and electricity conversion efficiency, making them one of the best in the market.

Bifacial series also use the PERC cell technology that involves adding a passivation layer on the rear side of the cell. This layer improves energy conversion and efficiency as it reduces electron recombination, increases the cell’s ability to trap light, and prevents overheating.

This series is also double-sided to maximise sunlight absorption and increase power output. The top side of the panel captures specific wavelengths, while the bottom side captures reflected light (albedo light) to make sure no light goes to waste.

Bifacial Series guarantees you an initial power output of 97.5% and 90.00% efficiency after 10 years. After 30 years, the panels’ output remains at 83.00%. These panels are highly durable, and their low annual degradation rate ensures high power output throughout their lifespan.

These series come with a warranty of 12 years on their product and a 30-year linear power output warranty. This is an excellent offer to homeowners looking for a reliable solar system.

These panels have a maximum power output of 550W under optimal conditions. They also have a temperature coefficient of -0.340%/°C that enhances their performance during harsh weather.

ET Solar has offices worldwide to improve customer service to their customers. In Australia, their office is located in Sydney. However, ET Solar no longer lists the Australian office on their contacts page, and the number seems to be disconnected.

Any global manufacturer of PV solar modules should have offices worldwide. Having an Australian office is essential as it helps customers reach the manufacturers fast in case of issues with warranties. It also becomes easier for manufacturers to repair the solar panels if they develop issues.

It is not uncommon for local solar providers to ditch their customers once they install the solar modules. Some installers even go out of business before the warranty period of the panels ends. With an Australian office, customers will not have to rely on local installers who are highly unreliable.

Yes, ET solar panels are Tier 1, which makes them a reliable investment for homeowners. ET Solar has been around for over 15 years, and they produce one of the most efficient panels in the industry. They offer a 15-year product warranty and a 25-year performance warranty that gives customers peace of mind knowing their investment is safe.

ET Solar is a Chinese company that makes ET solar panels. This company was founded in 2005, and it has been manufacturing solar panels ever since. ET Solar is a leading global photovoltaic module provider that has delivered over 7.2 gigawatts of solar modules worldwide.

Where are ET solar panels manufactured?

ET solar panels last for 25-30 years with proper care and maintenance. The panels maintain a high power output of over 80% after 25 years, which means they can still produce electricity for several years after reaching their lifetime. However, you will need to replace the panels once their efficiency goes below 80%. 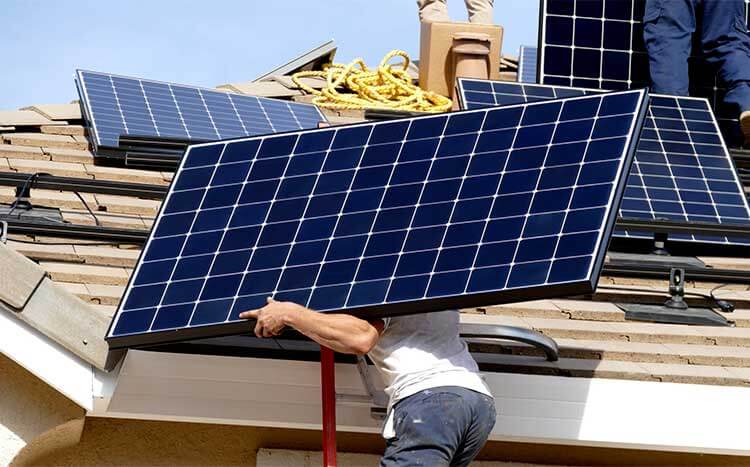